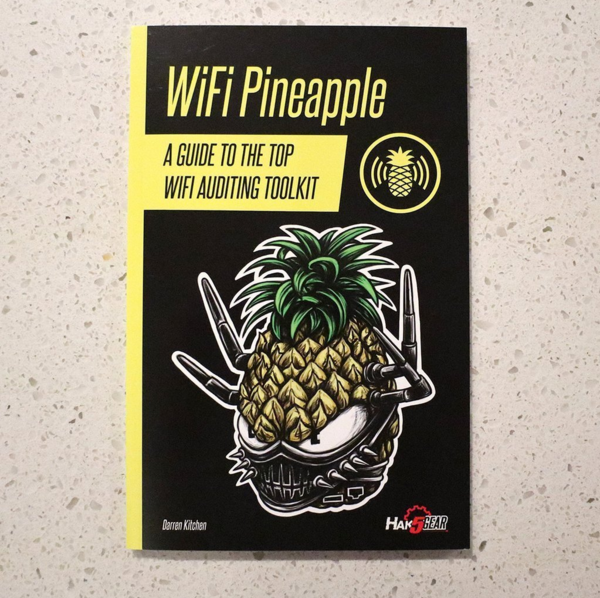 The HAK5 Guide To The Top WiFi Hacking Toolkit

Since 2008 the WiFi Pineapple has made a name for itself as the go-to tool for WiFi auditing, partly due to its ease of use and partly due to its immense versatility as a hack-anything, hack-anywhere platform. Over the past several years the tool has matured considerably, both in features, usability and purpose-built hardware design. While the intuitive web-based user interface simplifies even the most advanced attacks, there are a number of nuances which may be ambiguous to newcomers. This book aims to provide operational clarity while highlighting wireless auditing best practices with the WiFi Pineapple Tetra or Nano.