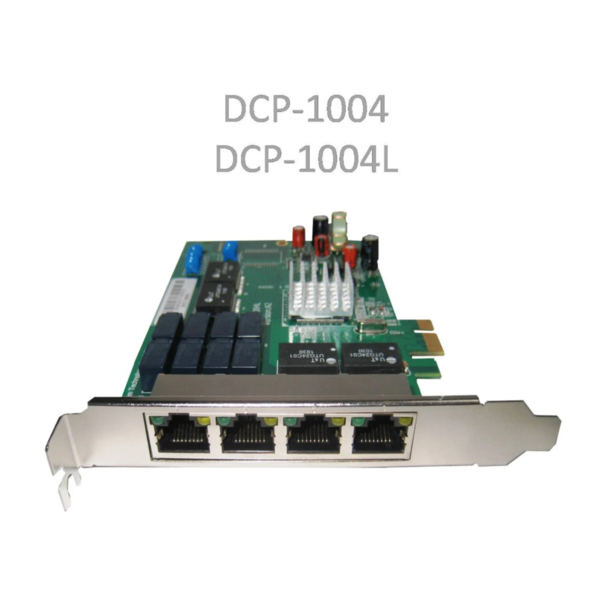 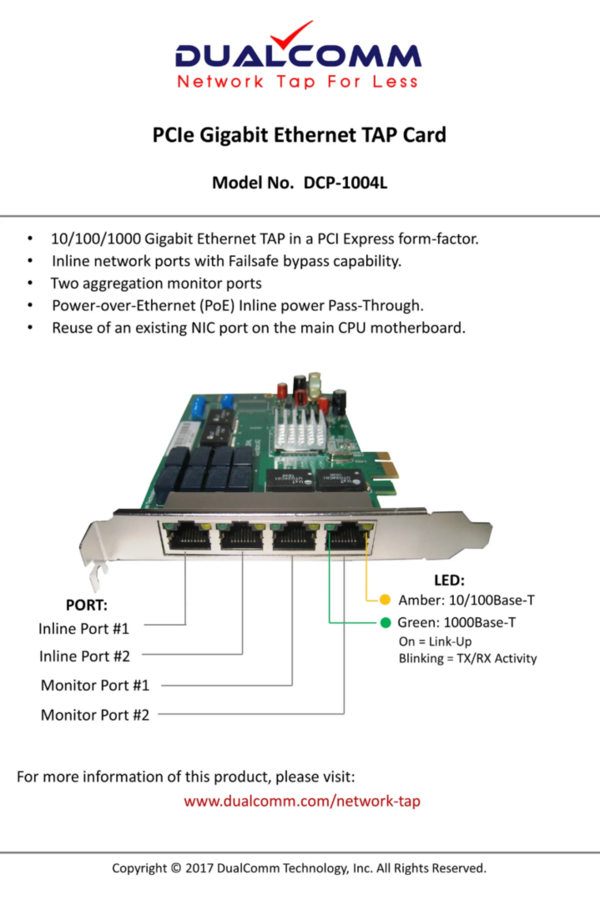 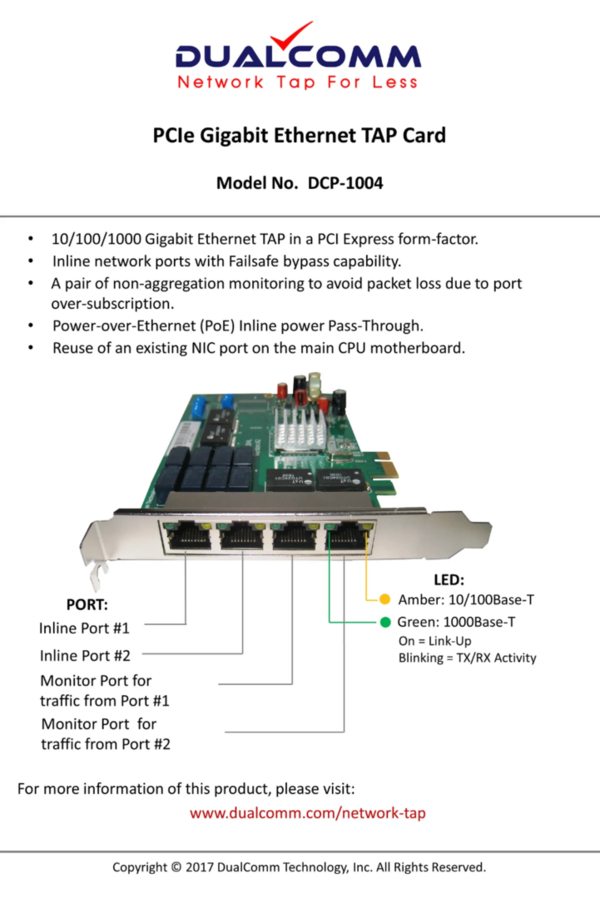 Dualcomm DCP-1004L/DCP-1004 is a 10/100/1000Base-T Network TAP built as a PCI Express Card, which is purposely designed as a cost-effective packet capturing/sniffing component for use with an off-the-shelf computer to build an integrated appliance for various network monitoring and analysis applications.

Model DCP-1004L provides two aggregation monitor ports, each of which outputs a copy of aggregated inline traffic in both directions.

Model DCP-1004 provides a pair of non-aggregation monitor ports, each outputs a copy of inline traffic in only one direction. DCP-1004 is preferred for high data throughput situations to avoid possible packet loss due to port oversubscription.