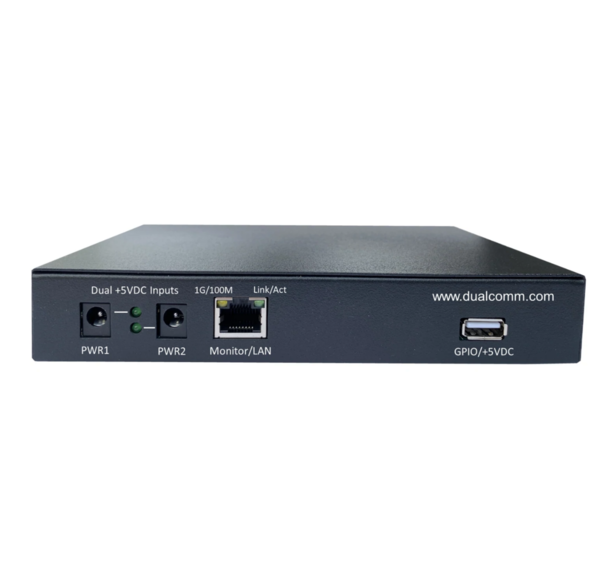 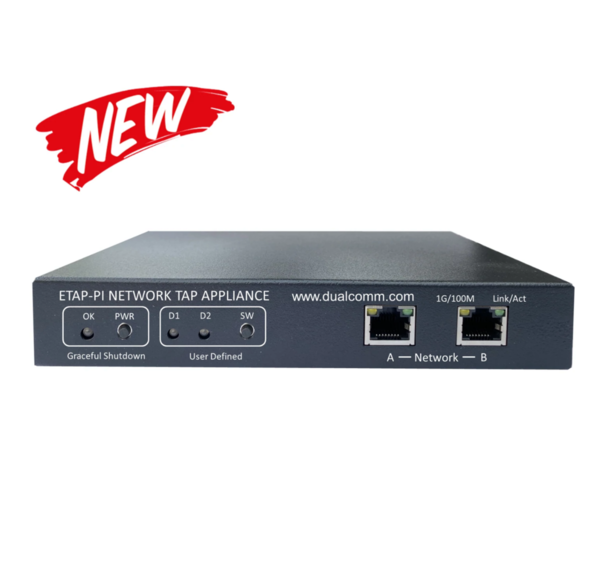 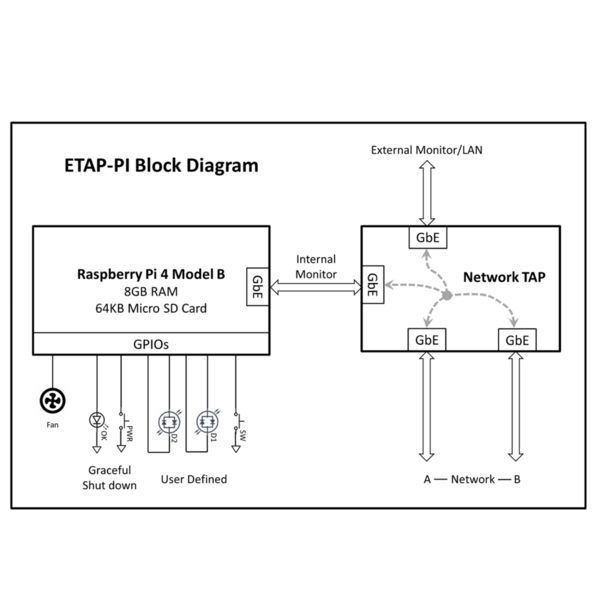 The external LAN port can also become a monitor port that outputs a copy of captured inline traffic that runs through the two network ports A and B. As such, ETAP-PI can be used as a standalone 10/100/1000 gigabit Network TAP. To enable the monitoring function of the external LAN port, a software program running on the Raspberry Pi module is required to forward the captured traffic it receives to the external monitor port.

ETAP-PI implements a pushbutton and an associated LED indicator to graceful shut down the Raspberry Pi module before the DC input power can be unplugged. This is necessary to avoid possible data or file corruption on the SD Micro Card of the Raspberry Pi Module.

A second pushbutton and two bi-color LED indicators are implemented as a user-defined interface that can be defined and programmed by software.

ETAP-PI is also implemented with a temperature-controlled cooling fan. The cooling fan will start running when the temperature of the Raspberry Pi module reaches a user-defined temperature level (65°C is the default temperature threshold).

The pushbuttons, the three LEDs, and the cooling fan are all wired to a selected set of GPIO pins on the Raspberry Pi module.