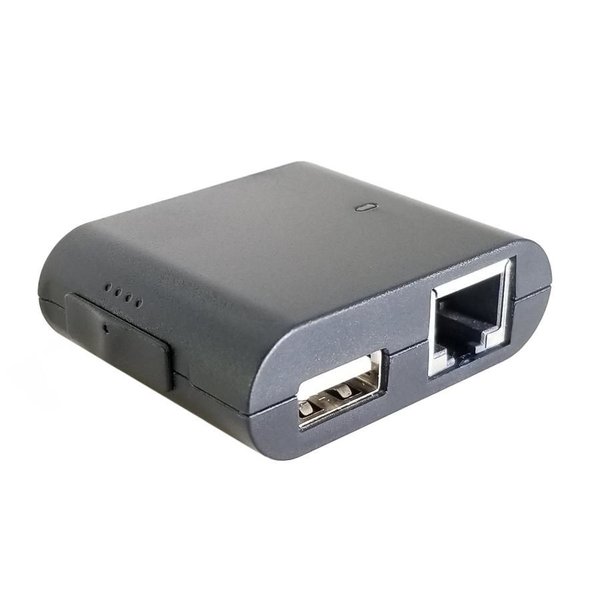 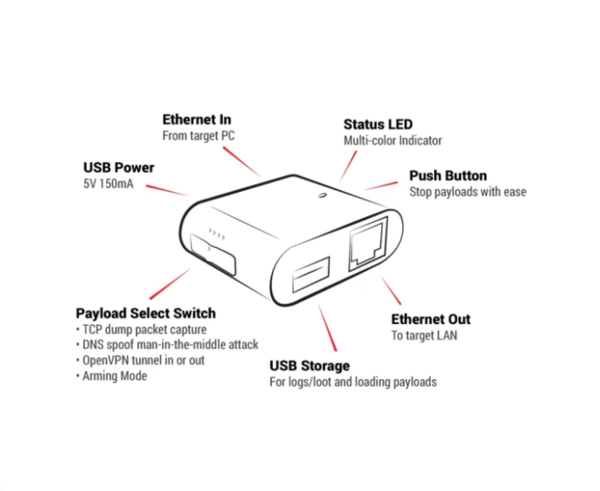 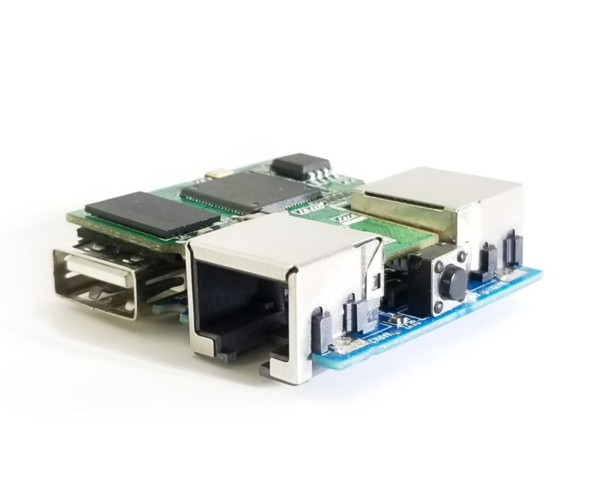 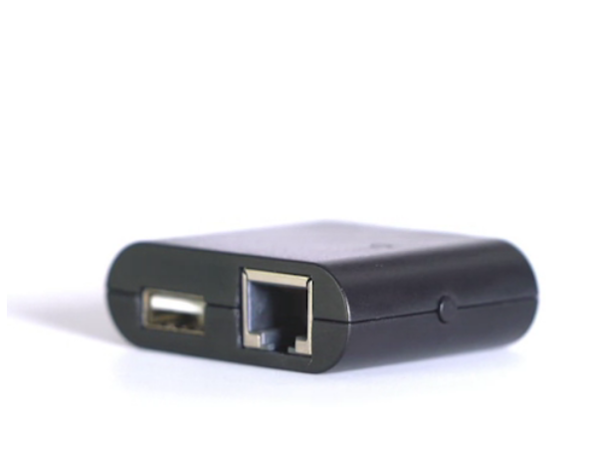 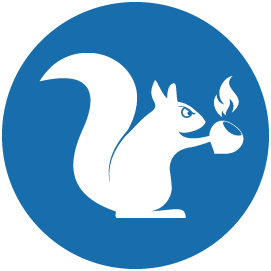 The Packet Squirrel by Hak5 is a stealthy pocket-sized man-in-the-middle.

This Ethernet multi-tool is designed to give you covert remote access, painless packet captures, and secure VPN connections with the flip of a switch.

Confidently maintain privacy with this advanced hardware firewall and VPN router. All network traffic can be securely passed through encrypted OpenVPN-based tunnels with ease.

Super efficient – just 0.12 A. Power from any USB source. Run for over a week with a high capacity battery pack.

THE MAN-IN-THE-MIDDLE THAT'S NUTS FOR NETWORKS

A simple scripting language and loads of familiar tools makes any task easy to automate. Pick from the built-in payloads or load new ones to a flash drive from the central git repository.

Flick the switch to select a payload and effortlessly perform advanced attacks, quietly log data, or secure all connections over a VPN with instant feedback from the multi-color LED.

With its stealthy form-factor and convenient USB power supply it's ready to blend into the environment for long-term deployments or quickly drop inline for a little packet capture.